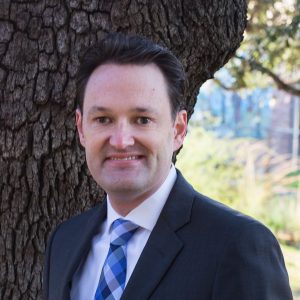 Brandon Thomas is Managing Partner at Blockview Partners (BVP), where he leads the Publications, Consulting, and Capital practices focused on the emerging cryptocurrency asset class. He is co-author of Chain Reaction: How Blockchain Will Transform the Developing World, to be published by Palgrave Macmillan. Brandon has been involved in the cryptocurrency space since 2014 when he first engaged on behalf of a foreign investment fund as Head of US operations. Since then, he has written and spoken extensively by providing his insights and perspective on blockchain technology and cryptocurrencies.

Prior to his work with the investment fund, Brandon worked in both startup and corporate environments as he discovered his passion for working among “disruptions.” Brandon co-wrote the initial data strategy that revolutionized campaign politics by creating a record for every US voter (aka a “voter file”) which has been used by every Democratic presidential campaign since. He was employee #1 at one of the first software-as-a-services (SaaS) startups in the HR space. He also founded a social media development firm that later garnered 35 million users in partnership with The Washington Post and Facebook. From the rise of data in politics to the emergence of SaaS to the ubiquitous nature of social media, Brandon has worked to build numerous businesses to understand and exploit opportunities spurred by ever-increasing technological change.

Brandon’s latest focus is on the emerging cryptocurrency asset class where he works to understand the people and trends that underlie this rapid and global emergence. By leveraging his vast network of government policy, business, security, and academic contacts, Blockview provides unique insights into the disruptive ecosystem rooted in the current world and focused on separating reality from hype. From unique analyses to asset management to broader consulting services, Blockview partners with clients to connect their needs while bringing useful context to the rapidly evolving cryptocurrency ecosystem.

Brandon began his career working at The White House and advising national political campaigns on communications strategy. He even got to fly on Air Force One a couple of times! He then went on to develop new businesses for RadioShack and The Washington Post Company, among others. He founded his first startup in 2007 which focused on the use of social media in politics and subsequently sold it to The Washington Post Company (now Graham Holdings) in 2009.

Brandon received his BA from The George Washington University and his MBA from the University of Texas at Austin.